Bill Benter, The Horse Racing Millionaire Who Left $118M In Hong Kong | 10 People Who Got Rich On Sports Betting

Bill Benter is one of only a few who has managed to master the world of betting on Horse Racing.

In the mid-1980’s, Benter produced an algorithm to beat Hong Kong Horse Racing, and over thirty years later, Bill has amassed nearly $1 US billion.

For a sport which can produce hundreds and thousands of variables per race, from what a horse ate for breakfast to jockey’s falling off, his success is phenomenal.

Although he produced this game-changing software for Hong Kong Horse Racing, that’s not where it began for Benter.

FROM MATH NERD TO CARD COUNTER

At the age of 22, after spending years travelling throughout Europe and Africa, Benter quit university and moved to Vegas.

He had recently read Beat the Dealer by Edward Thorp, who was famously known for inventing card counting.

Bill was your typical mathematics nerd and Thorp’s book captured his imagination, leading to a lot of time at the casino.

Soon after moving to Vegas and applying for a job as a night cleaner at McDonald’s, Benter was approached by Alan Woods, the leader of an Australian card-counting team.

To convince Benter that joining his teams was the right move, Woods told him stories like when he got past Manila airport security with $10k in his underwear!

This came to an abrupt end in 1984 after years of successful card counting, when himself, Woods and other co-workers were blacklisted from a range of casinos in Vegas.

There was even a scenario where Benter was ushered to the back of a casino and intimidated by a few security guards!

Their notoriety around Vegas meant their time in the desert was over, but little did Benter know, this was the start of something very promising.

FROM THE CASINO TO THE TRACK

With a bit more time on his hands, Benter’s next interest was Horse Racing, going to the Gambler’s Book Club in Vegas and buying just about every book he could find on the sport. 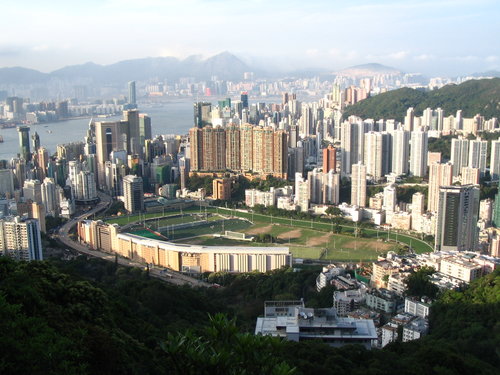 At this time, Hong Kong racing was bigger than ever. The population of Hong Kong bet a total of $10 billion every year on Horse Racing, with a population of only 5.5 million!

After nine months of studying Horse Racing and advanced statistics, from academic papers to betting systems, Bill and Woods moved to Hong Kong.

Twice a week, they would study the racing form, correcting Benter’s algorithm, which would spit out some bizarre predictions at times.

They lost $120k in their first year, leading to a dispute between the pair regarding ownership.

Woods had more money than Bill, and wanted 90% of the business, Bill said “no way” and the two went their separate ways.

Benter was short of money so he went back to card counting, this time in Atlantic City, where he managed his own team and made a few hundred thousand dollars in two years, whilst developing his Horse Racing model further. 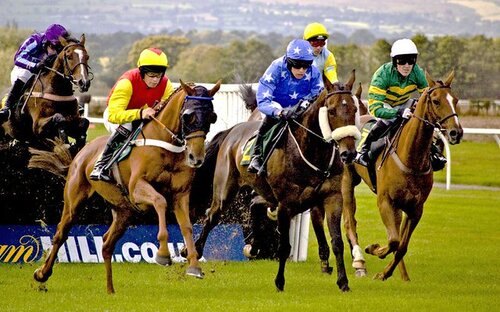 In 1988, Bill made his return to Hong Kong, having created an algorithm with twenty Horse Racing variables, which would spit out what he believed were the true odds of a horse.

In other words, if a bookmaker had a horse at odds of 3.50, but his model believed the horse should be 2.80, he would bet on that edge.

His theory was that over time, his possibility of bad luck would diminish the more volume he betted.

After his first year back in Hong Kong, Benter had won $600k, which he put down to adding in the variable of rest days between races for horses.

BUT THAT WASN’T HIS GREATEST INNOVATION

Bill believes the greatest change to his model was made in 1990, when the Hong Kong Jockey Club made their betting odds publicly available.

Instead of before where he made his own odds from scratch, he used the clubs’ odds as a starting point and further refined them with his algorithm; the next year he made $3 million.

Skip to 1997 and Benter’s team endured a huge winning season, profiting more than $50 million, but that resulted in him losing his right to bet through computers and phones.

Bill then formulated a new strategy: getting a heap of betting slips, designing a printing system that would turn those blank slips into betting slips with the relevant boxes marked, and then running to a betting terminal to feed his tickets into.

LEAVING $118 MILLION ON THE TABLE

His new system ran into the 21st century, by now his algorithm accounted for over 120 variables per horse, but logistically, his system was a true grind.

He had one final bet on the Triple Trio in 2001 (picking the first three horses in three different races) and decided that if he won he would leave the ticket unclaimed, to which Club policy was to send the money to a charity.

WHAT DOES BILL DO NOW?

It’s been over three decades since Benter arrived in Hong Kong, but he still bets on horses all around the world and is amazed he still wins.

His algorithm is always being tinkered with, the latest adjustment accounting for how much a horse’s performance changes with a new trainer.

He spends a lot of time as a philanthropist now, starting the Benter Foundation which supports health, education and the arts.