Although Matthew Benham states that he dislikes the comparison between himself and the movie ‘Moneyball’, let’s be honest, he’s about as close as it gets!

It is during his time at both these clubs that the Moneyball man has established himself as a unique character in the football world.

For example, instead of looking at how many goals a striker scores, he bases his judgements on the number and quality of the chances created by the striker, and how the team perform collectively within the context of the individual’s performance.

His mathematical approach to football was most evident when he sacked former Brentford manager Mark Warburton, along with his assistant manager and sporting director after being promoted to the Championship in 2015.

He believed that competition tables are hugely inaccurate due to the amount of randomness in a competition.

When Borussia Dortmund famously fell into the Bundesliga relegation zone halfway through the 2014/15 season, Benham still had them as the second best team in the league statistically, they were just terribly unlucky. 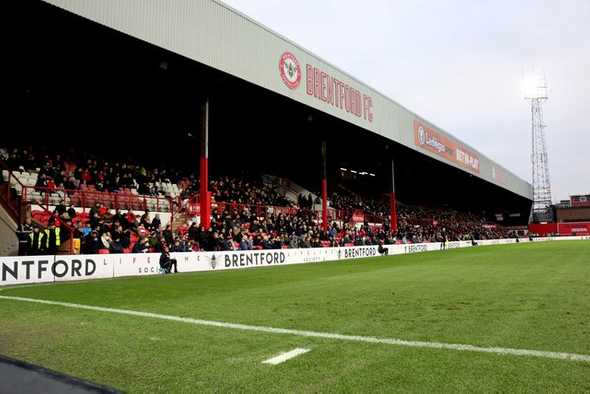 TAKING OVER HIS CHILDHOOD LOVE

‘Moneyball’ had been supporting Brentford since 11 years of age, and in 2012 he took over Brentford after bailing them out of a £500k financial hole.

Since then he has invested almost £100m into the club, creating everything from academies, and facilities, to a new stadium which is currently being built.

Brentford finished mid-table in the 2018/19 Championship season, but Benham was always aware that all the money spent on the club will pay dividends in the future. Which it did! Brentford lost the playoff final to Fulham in 2019/20 but avenged that loss the next season, earning promotion to the Premier League after a 2-0 win over Swansea in the playoff final.

Over time, the supporters have fallen in love with Benham after many years of success, you’ll often hear a few songs of praise for Benham from the stands.

STARTING OUT AS PHYSICIST

Benham’s journey to football club owner was not the traditional one, after earning a Bachelor of Arts degree in Physics from the world-renowned Oxford University.

Funny enough, he started his working life in the Finance industry, eventually becoming the Vice President of the Bank of America in the late 90’s.

But by the 21st century, and yes you guessed it, he moved in the betting world!

HOW DID HE GET RICH FROM SPORTS BETTING?

Ever heard of Brighton FC Owner and professional sports bettor Tony Bloom? Well, Benham worked for him in 2001!

After his time in the world of Finance, Benham started working as trader for Bloom’s Premier Bet, which is a sports betting bookmaker.

Years down the line and the two had a falling out, leading to Benham’s departure and the start of something more prosperous - SmartOdds.

SmartOdds is the same concept as Tony Bloom’s Starlizard, a statistically-based model providing betting advice for customers and professional bettors.

Although they don’t bring in the same numbers as Starlizard, it was reported in 2017 that Smart Odds’ revenue for the financial year hit £12m from clients in the UK and overseas.

Not only was he now the owner of SmartOdds, but he was also a professional bettor.

Of course his strategies as a bettor are a secret, but his triumphs in the industry are through heavy use of statistical data and modelling. No shock there!

In 2011, he also became the owner of the betting exchange website Matchbook.

Matchbook is one of the best betting exchange websites in the world, giving Benham further industry knowledge and an understanding of the ‘other side of the fence’.

Benham’s overall career earnings form sports betting are completely unknown, but in terms of the betting industry, he’s had just as big of an impact as anyone!

Gnoming - How I Use My Friends Betting Accounts Once My Own Accounts Have Been Gubbed?