Most sports bettors will have heard of Matthew Benham and his story and how he used statistical models to make millions from sports betting. Funny enough, the article we wrote about Matthew Benham two years ago is by far the most popular article we’ve ever written on our blog, so we thought why not make another one!

With his sports betting profits, he has bought two football clubs; newly-promoted English Premier League side, Brentford FC, and Danish club, FC Midtjylland. He took sports stats to a whole new level by applying them in the daily processes at both clubs. I won’t go too in detail on Matthew Benham’s story but rather the tactics and forms of recruitment used by the clubs that are run primarily with his statistical models. If you haven’t heard anything on Benham before, check out our previous article here.

Benham purchased Brentford in 2012, but it was much easier to implement the changes he wanted at FC Midtjylland first, which he purchased in 2014. This is down to multiple reasons, primarily the difficulty of the English leagues in comparison to the Danish. Also, there are big stepping stones with transfers in England, things such as work permits aren’t easy to obtain for Championship level players. English clubs, especially in League 1 or the Championship require far more in terms of finances too. It’s reported Benham has invested around €10 million into Midtjylland compared to €100 million into Brentford.

So despite it being the latter of the two purchases, Midtjylland was more of a template as Benham could see how well his methods worked in the Danish Superliga. It’s safe to say they worked a treat as Midtjylland won the league shortly after becoming owner, the Danish side’s first major trophy.

Prior to tactics, Benham highlighted key areas of the pitch to focus on, ensuring the team's efficiency in those areas is good enough. ‘The danger zone,’ the area between the 6-yard box and penalty spot. Around 77% of goals are scored in this area in the Premier League, so Benham identified that teams efficient in this area are far more likely to win games. Not only does that mean the club will train in those areas but they will recruit players based on their efficiency in the area. To develop that concept, Benham would rather a striker inefficient in other areas but highly efficient in that area.

After all, it’s better to be efficient in the area that contains 77% of the goals in comparison to another area, such as outside the box where less than 20% of goals are scored.

Set pieces are a key area that Benham labelled as inefficient in modern football. For something that can be precisely designed and repeatedly practiced, adding goals from set pieces is crucial. Set pieces are not too hard to obtain and they give you a guaranteed chance to create a goal scoring opportunity, so exploiting them is important. In the 2014/15 season, Midtjylland scored 25 goals from set pieces, the most in Superliga. The margin wasn’t small either with the next highest teams scoring 11 in comparison. 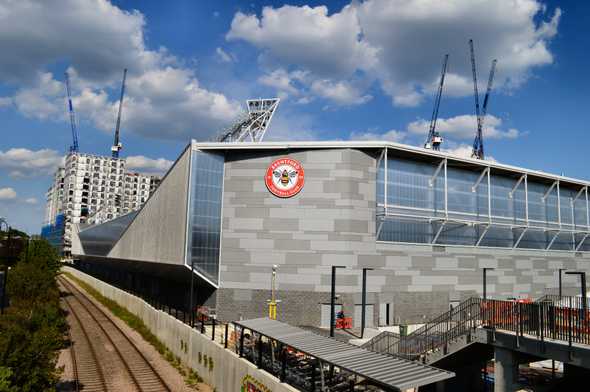 Data not only determines where to focus during training, but also mid and post-match. The coaches at Midtjylland receive texts of what to say to the players and press based on the data during play. Ankerson the Chairman said,“these effective KPIs give a more accurate message to the players and the press.”Essentially, Benham opposes the idea that the result gives an accurate representation of the performance. The key to long term success is consistently good performances. So using various data models the clubs will determine if they played well and where they need to improve. This led to multiple occasions where Midtjylland may have won but the coaches spoke out about it being a poor performance.

While Benham owns both Midtjylland and Brentford, the clubs operate completely individually. There will be some data models they both use but they will be adapted to the different leagues. What works in the Danish league simply may not work in English leagues, but the fundamental concepts are the same.

The main difference at Brentford is recruitment. Brentford got rid of its youth academy and instead made a B team. The youth academy would have reportedly cost Benham around £2 million per year and in Benham’s eyes it was a punt on whether you’d make a return on that each year. Primarily because Brentford could not compete financially for the ‘wonderkids’. Premier League giants could just come in and sweep them up from lower league teams, blowing Brentford out of the water financially.

Benham decided not to waste money on developing kids that Premier League sides didn’t even look at in the first place. Instead recruiting the players that didn’t quite make the cut but showed the initial potential. While some may argue there’s less chance of finding that ‘world class’ youngster, there’s more chance of finding upper Championship/lower Premier League players. These players are normally picked up for free when released from Premier League clubs. They have also experienced high levels of training before and are easier to develop.

This approach has been effective as lots of players quickly moved from the B team, to the A team. Instantly providing some resale value for Brentford. After two years of players coming through the first team setup, players also began to accept the structure and wanted to come to Brentford after being released by their respective clubs. Head Coach, Robert Rowan, in an interview with the Guardian had this to say,“then it’s about keeping up relationships so as soon as we get that decision [that they are being released], we are the first ones to be tipped off about it. The ideal situation for us is to get this squad complete before the season finishes. German clubs are great at having their recruitment done before the window is even open. They are very organised and efficient in their due diligence so we aim to work as hard as them. We only need to find four more players before we can go and have a holiday.”

Brentford spend most of their time scouting U18s and U21s at big clubs. When their not, they look for bargains internationally. They have whiteboards, hours of video on each player, data on them in each area of the pitch and more. However, nowadays most clubs have Wyscout, the world's largest scouting platform. Brentford don’t release their own data models to compare but I’m sure they have some tricks to find the players that meet their criteria.

While all clubs in the modern day will use data in some form, Benham’s clubs take it to a whole new level. Back in 2015, when Benham was asked if Brentford would get promotion he replied, “we have a 42.3% chance.” Benham sees the macro scale of operations and football performances and ignores day to day results. A true sports bettor’s approach that can only be respected.

Want to take a more data-led approach to your sports betting? Start a free week trial of Trademate Sports and begin your value betting journey!