Poker is much more than a game of chance. Actually, luck doesn’t play a big role in this game. Those players who rely on luck, usually end up empty handed. Instead, poker requires a sharp mind and a particular set of skills.

Anyone can be a poker player but only a few can make millions off it. So, let’s focus on those guys! Let’s talk about 10 people who made a fortune playing poker.

1. DANIEL NEGREANU, THE MOST FAMOUS POKER PLAYER OF ALL TIME

This guy lives and breathes poker, and is very outspoken about his winnings. He has no problems speaking about winning more than $42M over the course of his career as a professional poker player.

To learn more about how he became a millionaire, check out this article. 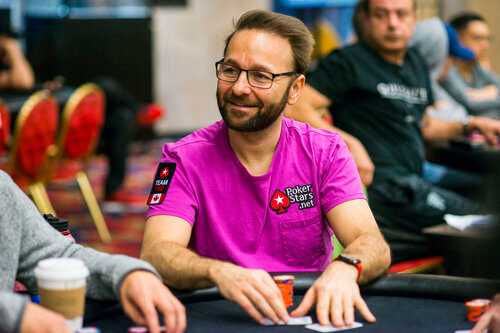 Phil Ivey has won even more titles than Negreanu. His portfolio includes 10 WSOP bracelets and one WPT title.

In addition, the American player has won plenty of other live tournaments. Ivey has also been active on the internet, taking part in all sorts of online poker tournaments.

It’s needless to say that he’s won most of them, adding a few million to his bank account. As of 2020, it is estimated that the total prize money he’s collected is over $30M. 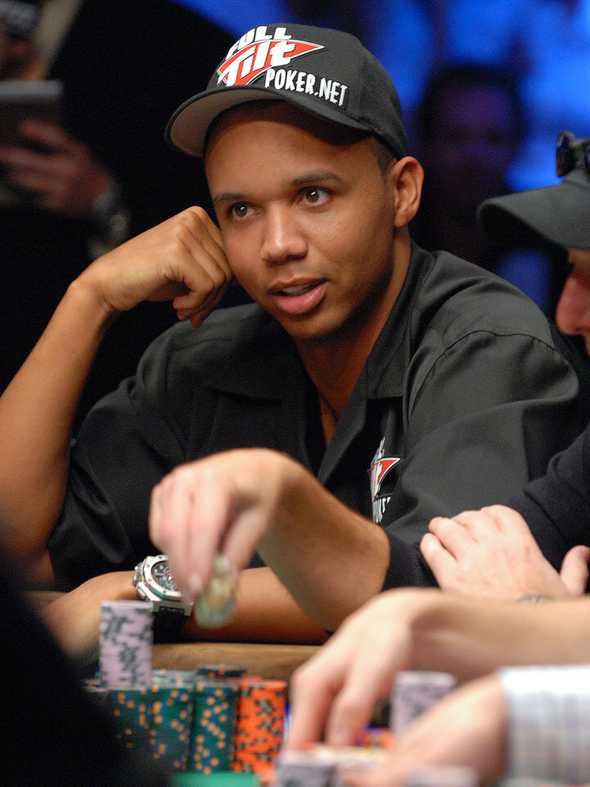 Phil Hellmuth is the record-holder when it comes to the number of WSOP bracelets won. He has 15 of them in his collection.

Famous for his nasty behavior at the poker table, the ‘poker brat’ has won more than $20M in his career which started back in the 1980s.

To read the whole story of Phil Hellmuth, click here. 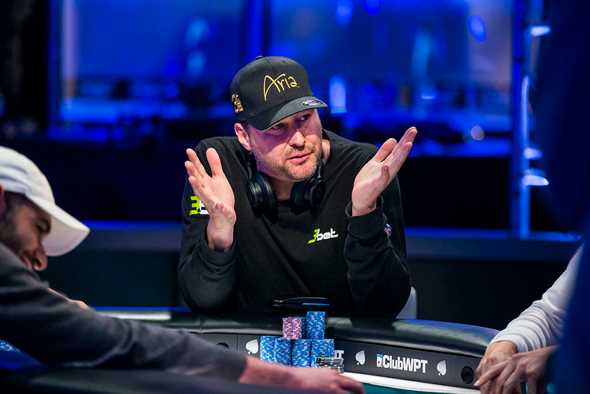 4. FEDOR HOLZ, A MULTIMILLIONAIRE BY 23

He might still be in his mid-20s, but Fedor Holz has been a millionaire for years. How? Mostly by playing poker on the internet.

Holz started his pro poker journey when he was still a teenager and has made himself over €20M by now. 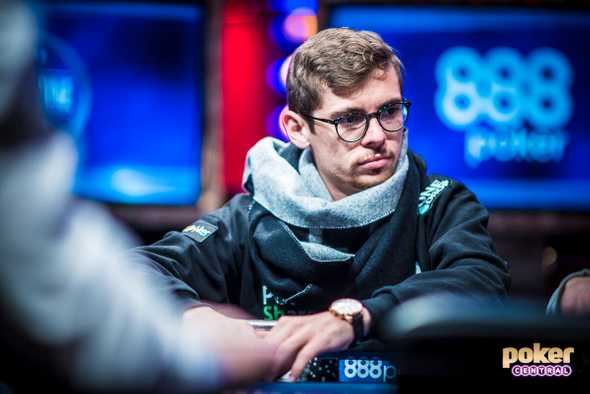 Before becoming a professional poker player, Patrik Antonius used to be a tennis player in his native Finland. He also had a shot at modeling.

Switching to poker was the best decision he made, as this game proved to be his golden goose. The latest data shows that his current balance is over $12M.

The main reason why we put Antonius in our list of poker millionaires is that he holds an interesting record. He’s the player who’s won the biggest pot in the history of online poker. It happened back in 2009 when he won $1,356,946 against Viktor Blom.

Read more about it here. 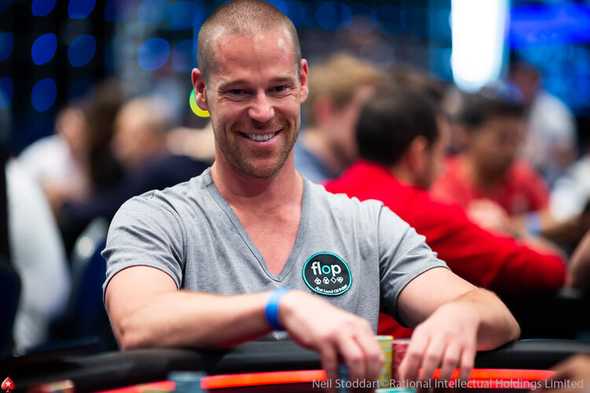 6. GUS HANSEN, THE GREAT DANE WHO WENT ON A $20.7 MILLION LOSING STREAK

Here’s another poker legend coming from Northern Europe. Born and raised in Denmark, Gus Hansen shares another similarity with Antonius, his Finnish colleague. Hansen was also a tennis player in his youth.

He was also a champion in backgammon before turning to poker in 1997. Since then, he’s won a number of high-rollers’ tournaments, including the World Series of Poker (Europe) in 2010. 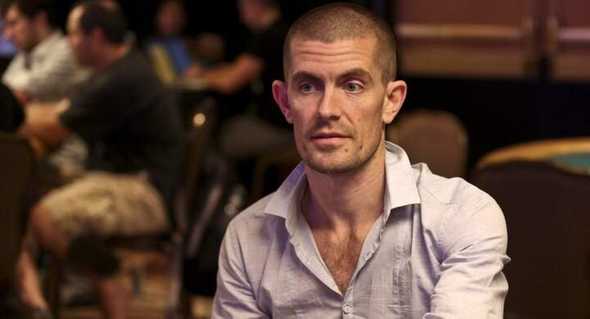 Earlier this year, Doug Polk announced his retirement from professional poker. The player who’s won three WSOP bracelets, together with many other tournaments, has decided to have an early retirement.

That’s a kind of luxury he can allow himself, considering that he has nearly $10M in his account thanks to poker.

To learn more about Polk and why he doesn’t want to play poker anymore, click here! 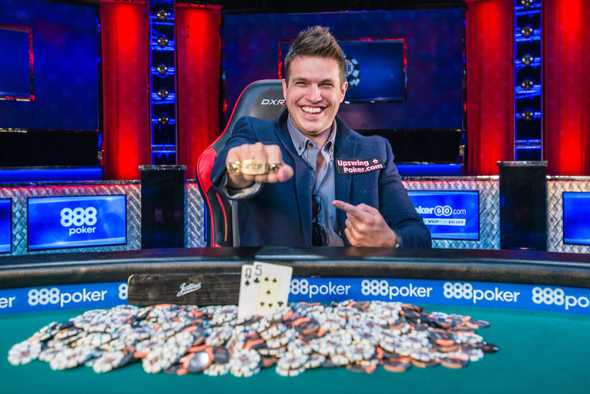 8. CHRIS FERGUSON, THE JESUS OF POKER WHO TURNED FULL ANTICHRIST

They call him Jesus for his long straight hair and full beard, however, for most other poker players, he’s more of an Antichrist.

Ferguson has made short of $10M from poker in his career. But, the way he’s done it is what makes him so interesting.

He’s one of the most popular topics among journalists covering pro poker. Actually, he’s commonly talked about in other circles as well. Circles like investigative journalism.

Ferguson was involved in a Ponzi scheme, which made headlines in 2011 when he went before the U.S. Justice Department.

To find out how it went for him, read this article! 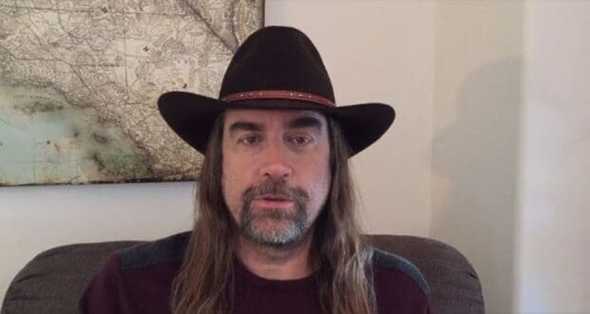 9. JUSTIN BONOMO, THE ROMEO WITH MANY JULIETS

Justin Bonomo is one of the richest poker players alive. Currently, he sits in second place for the highest amount of money won in live tournaments, with $48.5M to his name.

His life outside poker seems even more interesting. Bonomo resides in a luxury apartment in the Panorama Towers in Paradise, Nevada, which he shares with his girlfriends.

Yes, you’ve read it correctly – girlfriends. Justin Bonomo is famous for being a proponent of polyamory. 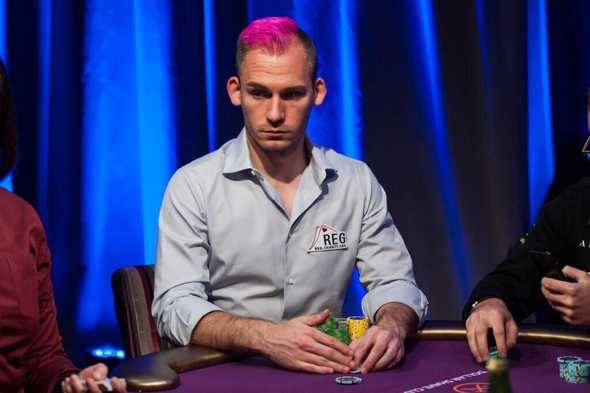 Mike Matusow has been involved with poker for nearly four decades, having been introduced to a video of poker when he was 18. His experience with the game has been a sort of love/hate relationship.

He’s had all sorts of troubles due to his poker passion. At one point, he suffered a shoulder injury which came as a result of playing too much poker. He also had to attend Gamblers Anonymous meetings on a couple of occasions. 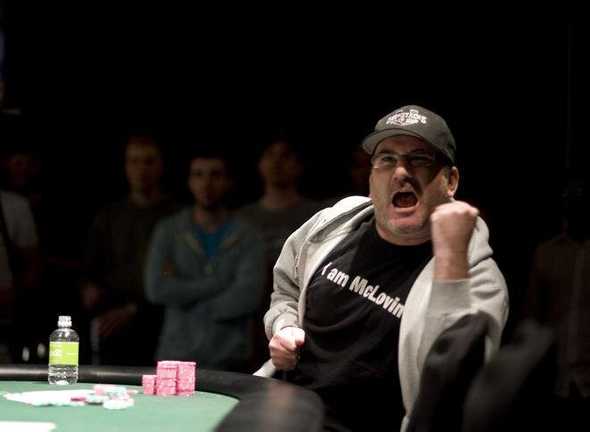 Still, in 2020, he seems to be doing fine. He’s a millionaire with four WSOP bracelets in his collection.

Obviously, professional poker is a lucrative business. It’s estimated that there are hundreds of players who have earned over a million dollars playing this card game. For that reason, we couldn’t discuss all of them.

Instead, we picked the 10 poker millionaires whose stories of success caught our eye. Still, there are a few guys who deserve a mention.

VIKTOR BLOM A.K.A. ISILDUR1, THE RECORD HOLDER FOR THE BIGGEST LOSS IN ONLINE POKER

The Swede started his poker playing journey on the internet in the early 2000s, when he played under the username Isildur1. 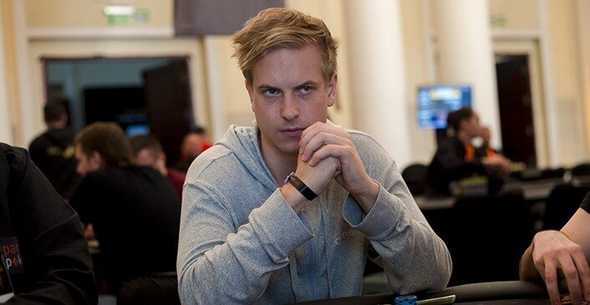 His online poker success put him on the radar of PokerStars, who have invited him to take part in several live tournaments. And he’s won a fair share of them, adding a few million to his bank account.

Read all about Blom here.

According to some sources, Bryn Kenney is at the very top of the all-time money list. It’s estimated that his live poker tournaments are well above $55M. 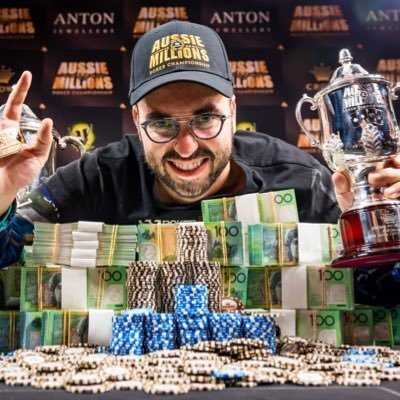 Read more about him here.

JONAS ‘LIQQA’ GJELSTAD, THE MAN WHO USED HIS POKER SKILLS TO MAKE MILLIONS IN SPORTS BETTING

Jonas Gjelstad is a name famous in poker circles in Scandinavia. The Norwegian player has won plenty of tournaments in his career, including live as well as those played online.

His total poker earnings are in the millions of dollars. Apart from making money as a poker player, Gjelstad has also won big money with sports betting.

If his name sounds familiar, it’s because Jonas Gjelstad is Trademate’s co-founder.

Read about his journey from poker to sports betting here.

Here are some of our other Top 10 lists:

Bryn Kenney, the richest man in poker | 10 PEOPLE WHO GOT RICH FROM POKER