Phil Ivey is a self-made millionaire with an estimated fortune of over $30M. He earned that money mostly by playing high-roller poker tournaments. Ivey also added a few million to his account by beating casinos in games like baccarat and using a method called “edge sorting” which made him hated by some big-name casinos.

Their hatred towards Ivey didn’t end with trash-talking him in newspapers. Some casinos even took him to court, demanding that the legendary gambler pays millions of dollars. To find out who won the legal battle, keep on reading!

Pro Poker Player, Jonas Gjelstad, separates the good from the bad on the All-Time Money List on the Hendon Mob Poker Database.

Phil Ivey might not be a household name if you’re not a poker fan. However, in gambling circles, he’s a real legend. The main reason why is that this guy has won 10 WSOP (World Series of Poker) bracelets, as well as one WPT (World Poker Tour) title. Ivey has also been active in the online poker scene, winning some big tournaments along the way.

His poker talents have made him a millionaire. If you’re wondering how he acquired those skills, the answer is that he started playing poker early. In fact, he started in his childhood when he played poker with his grandfather.

Ivey’s grandpa quickly realized that his grandson was turning into a real poker-head, which he tried to stop by deliberately cheating. That, however, had the opposite effect. It inspired Phil to get better at spotting scammers by watching every move of his poker opponents. Mastering the skill of observing his opponents proved to be crucial for his career.

That skill proved essential for reading the “poker faces” of his opponents back in the early days of his career when he was playing in poker parlors in Atlantic City. At this time, Ivey was still in his teens and trying to get accepted into the poker circles, so he had to use a fake ID card.

Fast-forward a couple of years and Phil Ivey won his first WSOP bracelet in 2000, which was only the beginning of a very successful poker career. In the late 2000s, he decided to give online poker a try, which proved to be a good move.

HE WHO DARES WINS

What makes Ivey a bit different from other poker legends is that sometimes, he loves relying on luck. There were many tournaments he won seemingly thanks to Lady Luck. Of course, Ivey has never admitted to that. Instead, he always insists it’s his poker skills that make him successful.

One of the best examples of Ivey winning thanks to some luck, was when he cleaned up a $3.6M pot after an accidental blind raise. Watch here.

It happened at the WSOP European Tour Super High Roller No-Limit Hold'em event in the Czech Republic when he played against Mikita Badziakouski. What happened was that Ivey bizarrely risked half of his chips on a blind race before the flop. Something like that is almost never done intentionally, which is why everyone thinks it was nothing but a “misclick.”

His drastic decision came after his opponent doubled the pot to $925k after getting a king of hearts and 10 of spades. Nothing unusual there you might think, but what happened next definitely wasn’t usual. Ivey responded to Badziakouski’s raise by raising an additional $2.7M!

This is when Ivey’s masterful poker skills came into action. He showed no signs that his move was accidental, which completely wrecked the nerves of his opponent. Badziakouski had no idea what was happening. It took him nearly two minutes to decide on his next move. Luckily for Ivey, his rival decided to give up.

According to him, edge sorting is a legitimate way of making money in casinos. You need to have the right kind of skills in order to determine whether a face-down card is going to be low or high. The only way to be able to do it is to be great at spotting tiny differences at the backs of the cards. Not everyone can do it.

Phil Ivey used this skill to win more than $10M playing baccarat at the Borgata in Atlantic City. The casino did pay him out, but when his edge sorting technique became public, Borgata decided to sue him. Two years after he collected his winnings, a federal judge declared Ivey guilty, ordering him to pay the money back.

However, Ivey still hasn’t done it. According to the player, he doesn’t have that sort of money. He currently has only one bank account in the US, which is empty. Still, the legal team from Borgata thinks he’s stashed his money into offshore accounts. 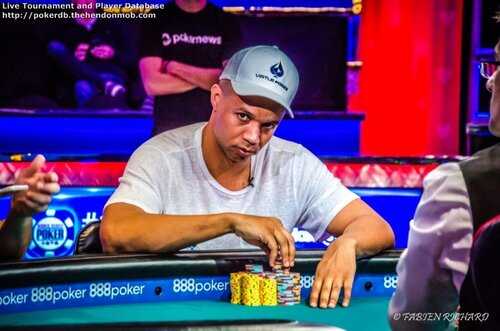 One of the reasons the people from Borgata are confident Ivey has enough money to pay them is that he’s practically done the same thing at many other casinos. For instance, he won almost $12M at Crockfords Casino in London.

However, the dealers from the oldest casino in the United Kingdom spotted what he was doing before it was too late. They confronted him for doing edge sorting and refused to pay him his winnings. This led to a turning of the tables, where Ivey is now suing them, instead of being sued by the casino.

He took them to court in 2016, but his bid was dismissed. He did the same a year later and it was the same story once again. That, however, hasn’t discouraged him from continuing with his legal battle. As of 2020, Ivey is still one of the biggest nemesis of both Crockfords and Borgata.

How to go from a winning poker player to a profitable sports bettor, read here.

Check out the other articles in our 10 People Who Got Rich from Poker series on: